The monument was the first U.S. National Monument dedicated to the Reconstruction Era. The John D. Dingell, Jr. Conservation, Management, and Recreation Act, signed March 12, 2019, re-designated it as a national historical park. It is administered by the National Park Service.

Park grounds remain accessible at the Penn Center National Historical District and in the City of Beaufort. Please practice social distancing and “Leave No Trace” principles.

Outdoor exhibits and information is available 7 days a week at the park visitor center in Beaufort and Darrah Hall on St. Helena Island.

Darrah Hall on St. Helena Island is fully accessible and will be open to the public from 10:00 am to 3:00 pm, Tuesday through Friday. Interpretive exhibits and park information will be available.

Outdoor information is available at the park visitor center in Beaufort and at Darrah Hall on St. Helena Island. Park staff will be available 10:00 am to 3:00 pm, Tuesday through Saturday to provide information, assistance and park materials including passport stamps and Junior Ranger activities. 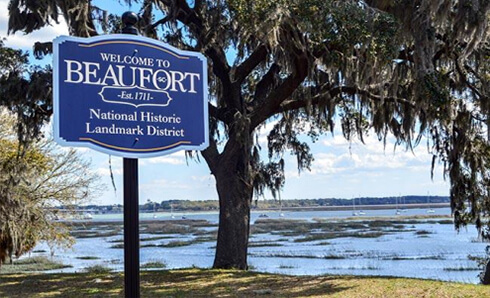