The Arsenal was originally built in 1798 after the Revolutionary War and was renovated in 1852 less than a decade prior to the Civil War. It was home of the Beaufort Volunteer Artillery from the time it was founded.

The Museum spans the long history of Beaufort and features artifacts from the first Native Americans in the area. It also houses information, photographs and artifacts depicting Beaufort’s French, Spanish, and English settlements, its antebellum planter economy and Gullah influences, and its Civil War occupation by Union troops, as well as artifacts illustrating life in 20th Century Beaufort. Docent-led tours provide detailed accounts of Beaufort’s rich history for visitors to the Museum. 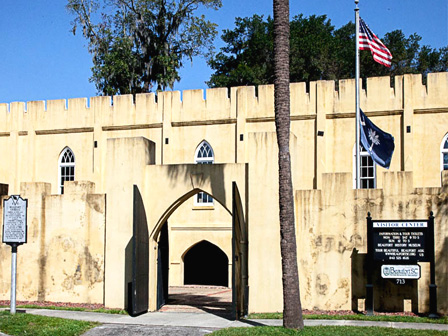